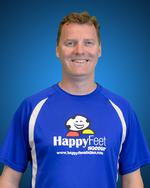 Neil, a father of 4 to Alex, Charlotte, William & Anthony, and husband to Kyla, was born in England in 1967. He moved to North America in 1995, first to Montreal, QC and eventually settling in Dallas, TX in 2010. Neil grew up playing soccer in England, and is an avid Leeds United fan. Since moving to North America he has continued his involvement in soccer, playing for 15 years in Montreal for Rangers FC, managing the Bell Helicopter Indoor Soccer League and also coaching his son’s teams in the Metcalfe Indoor Youth Soccer League near Ottawa, ON.

I am very proud to be bringing the HappyFeet & Legends soccer programs to the city of Dallas and I am very excited to be starting the development of youth soccer players the Legends-way & giving the youth of Dallas an opportunity to become brave, creative leaders for life through the sport of soccer. 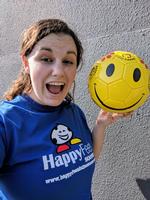 Courtney is our Regional Director, Legends and HappyFeet Coach. Courtney was born in 1993 and is a Dallas native. Growing up in Mesquite, Courtney was introduced to soccer very early in life and played her way through middle school. Courtney has a degree Business Administration and has worked with children for the last 4 years as a supervisor with the City of Mesquite Recreational After School program and a Coach with the MISD Physical Education program.

Courtney was recently married in September of 2017. After getting married and receiving her Business Administration degree, Courtney accepted an offer from HappyFeet Dallas to continue her career in Administration and working with children. Courtney loves seeing the kids smiling faces and so far has loved watching the kids in the program grow their skills, and love for soccer.